Home News Despite some headaches, Malaysia has positioned itself as a regional launchpad, say...

Despite some headaches, Malaysia has positioned itself as a regional launchpad, say notable VCs 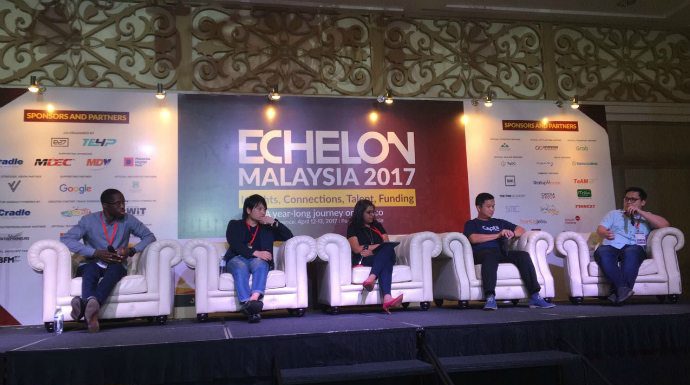 Most of the startup ecosystems in Southeast Asia are still working to catch up to China, the US and Europe. That being said, in countries like Malaysia, stakeholders are asking questions that make it clear the market has matured.

A major report from iKnewit was asking questions like, “will a Malaysian startup make US$100 million in revenue this year?” Not only is this a legitimate question, it could reasonably happen. For Malaysia, the debate itself proves that the market has developed.

Malaysia can expect to see a rash of closures in 2017, but as Curry Khoo, Captain at Second Startup, explained in the report,

“As in any places, when the scene are more active, we will see more startup(s) pop-up, and also mean expecting more startup(s) to close down. It is normal. We just need to get the number higher in-order to see more awesome startup(s) build up in Malaysia.”

At Echelon Malaysia 2017, a group of prominent VCs sat down for a panel discussion about Malaysia. The group were as follows:

According to Koichi Saito, because it is not an economic outlier like Singapore (US$56,000), the adaptations for product-market-fit are translatable to other countries in the region.

Also Read: [Discussion] I just hired 12 new employees from all over the world, should I relocate them to HQ or follow remote-work models?

One of the struggles in Singapore is the city is built to be hyper-efficient and, in general, the systems work really well. But if a startup tries to enter, say, Thailand, using the rules of Singapore can be a major error.

For Malaysia, many of the problems are similar and thus the company is better suited to adapt to a new country in the region.

This is helped by the reality that Malaysia, while richer than some of its neighbors, is affordable for companies without money. SaiKit Ng put it this way:

“I think the cost of living as a startup founder, when you bootstrap and all that, within the region is pretty reasonable. [It can become] a really good springboard from the region,” he said.

Startups can enter Malaysia, test ideas that are translatable outside of the country and do so without an accelerated runway due to cost of living issues.

What to work on

While the VCs on the panel discussed ways in which policy can adapt for startups — taxes being a popular theme — the one topic that seemed to be more ‘internal’ was a natural tendency towards humility, almost to a fault.

“The biggest issue that we are seeing is the Malaysian founders are not as vocal as other founders across the region. Be more vocal and out there in terms of being a good founder to invest in,” said Michael Lints.

Victor Chua echoed this sentiment, pointing out that it does not particularly matter if the startup is building an amazing product if nobody is aware it exists.

“Im not saying pitch at every single competition, but it is important to have a balance to being able to execute and being able to speak up to attract more attention,” he said.

Ng echoed the sentiment but also offered a bit of a nuanced advice. While Startups should be understanding of what they hope to achieve by raising funds, they should also keep in mind what exactly it is the main job of a VC. Namely, making returns for their investors.

This means understanding that a super-niche product may not make for a good investment. It could be a great SME or botique tech company, but it may not be a great company for growth capital.

So, even if the product seems niche, Founders should try to look at their startups from different angles.

“Try to see how you can expand your reach when it comes to the business. You might be looking at one small niche now, but your thinking has to be a bit broader,” said Ng.

Part of building a more self-confident Founder is finding talent with diverse and exemplary experience.

Chua posited the idea of creating “MBA programmes” in which the person basically runs a company. Instead of sitting in classes learning theory, they could run a company, gain real-life experience and should they catch lightning in a bottle they suddenly have a legitimate business on their hands.

Plus, it ends the never-ending debate about whether a Founder should drop-out to pursue their startup.

Lints said Malaysia can take advantage of its large MNCs, pointing out their are a lot of talented business people who are in solid positions, but who are not leaving the corporates to become entreprneurs.

“[Malaysia can be] using the talents within the MNCs to push them to build their own companies. There is talent in [those] large buildings.  Push them out,” he said.

When it comes to ease of doing business, Malaysia cannot be compared to places like Hong Kong or Singapore. Any startup or investor will bump into bureaucratic headaches. But, for the investors on the panel, these were minor considerations that did not temper their enthusiasm.

And how could they not be excited about Malaysia?

As Ng pointed out, it is a regional leader when it comes to exits, IPOs, M&As and micro-MNCs (regionally strong companies). When it comes to metrics that measure a company’s ability to return investment to VCs, Malaysia ranks very well in Southeast Asia.

Also Read: [Discussion] I am being recruited by an early-stage startup; Is there a dark side I should be worried about?

“When it comes to the tax issue, it is just one of the teeny weeny issues we face. Competitive advantage, it is actually pretty good to look into Malaysian startups,” he said.

Southeast Asia’s startup economy is growing, and countries like Indonesia and Singapore can correctly call themselves regional hubs; but so too can Malaysia, a country with a few hurdles, but the correct mix to find itself as an excellent regional launchpad.

The post Despite some headaches, Malaysia has positioned itself as a regional launchpad, say notable VCs appeared first on e27.