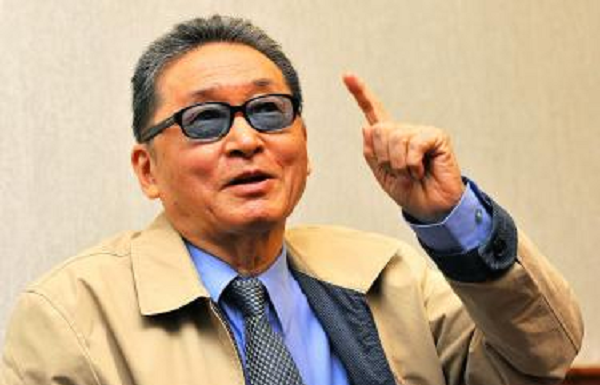 “Li Ao was a writer who had the courage to challenge the system and fight against authority. His passing also represents the passing of an era. The authority he challenged has already become history. The freedom he desired in his writings has become a way of life in Taiwan,” wrote Tsai Ing-wen, the President of Taiwan.

During his life, the prolific writer had written a total of 120 books, 96 of which were banned in the country in the forty years of Martial Law under the Kuomintang Government. His writing established him as a top political critic and showed how he ought for the freedom and openness experienced in the country today. At one point, Mr. Li called himself “the world’s number one writer of banned books.”

Born in Harbin, China, in April 1935, Mr. Li’s family moved to Taiwan when he was a teenager. He next returned to China in 2005, as a speaker in different learning institutions, which included Peking University. He was briefly married to Terry Hu, an actress, in 1980, and in 1992 married again, to a teacher 30 years his junior, with whom he has a son and a daughter. Mr Li also had another daughter from a previous relationship.

During his lifetime, aside from writing, Mr. Li was also a politician, commentator, and even a celebrity on television, having been the first guest star on Mr. Con and Ms. Csi, a famous talk show. But Mr. Li is primarily known was a writer, having started in the 1960s, writing for Wen Hsing (Apollo), a landmark magazine in postwar Taiwan. As as student of history at National Taiwan University in 1961, Mr. Li was asked to write for the publication, which became the venue for him to advocate for liberalism and Westernization. However, in 1965, the publication was forced to a halt when it featured a pice critical of Milton Shieh, then head of propaganda for the Kuomintang.

Mr. Li was arrested in 1971 and went to jail for five years for the crime of aiding Peng Ming-min escape the country. He helped Mr. Peng, a dissident who pushed for independence, flee to Japan, even though he disagreed with Mr. Peng’s political positions and was a Chinese national who advocated that Taiwan be reunified with China. Mr. Li was later recorded as declaring himself to be Taiwan’s first mainlander jailed for Taiwanese independence.

The second time Mr. Li was jailed was in 1981, after a disagreement with Hsiao Meng-neng, the founder of Wen Hsing magazine. Mr. Hsiao had been forced to leave the country after the publication was shut down, and he had put more than NT$20 million of his property into Mr. Li’s hands for safekeeping. Mr. Li did not return the property, which is why Mr. Hsiao sued him. Mr. Li made good use of his time in hail, writing “Forget Who I Am” and “Only a Little Bit” which became successful hit songs.

In the 90’s he achieved further fame as a TV host, but was also known for filing a myriad of lawsuits, including suits one against a former president and another against a popular TV host. Later on Mr. Li ran for president, in 2000, but lost. In 2004, he was elected to Taipei’s legislature, where he famously flashed a nude picture of himself as part of a protest of a military purchase.

Commentator Sisy Chen, a friend of Mr. Li,  said this about him, “Most people live lives of political correctness, always in the direction of the wind. Li Ao always lived a life of correct personal values, forever against the wind.”Follow us on Social Media

About 80 residents were evacuated from Block 120 Marsiling Rise on Tuesday (4 Oct) after a fire broke out at a third-floor unit. The Singapore Civil Defence Force (SCDF) received a call for assistance around 2:35pm. Firefighters forced their way...
Read more

A minimart operator took to social media to give a group of shoplifters a chance to own up to their actions before reporting the...
Read more

The global world of football is still shaking heads in disbelief over the death of more than 200 fans...
Read more
Follow us on Social Media