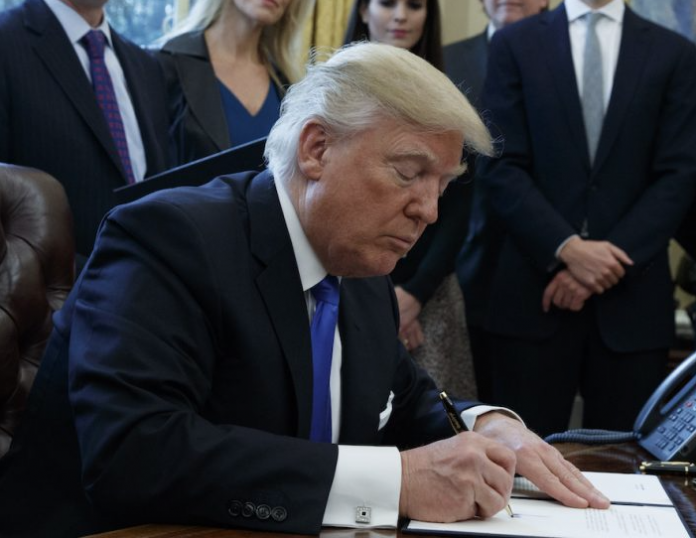 After facing defeat on a number of issues in the US, President Donald Trump’s resolve to ‘make America first’ and ‘make America great again’ went down the drain in Cambodia.

The Southeast Asian nation became the first in the world to tell a US Navy unit Mobile Construction Battalion – known as the Seabees – to leave its ports, forcing the cancellation of 20 planned projects, including at schools and hospitals, the US embassy in Cambodia said on its Facebook page on Monday.

Reuters reported the incident is a new sign of the Southeast Asian country loosening links with Washington as it strengthens ties with Beijing.

“Last week, the Royal Government of Cambodia notified the Embassy of its decision to postpone indefinitely the Seabees program,” the embassy said. “We are sad to see the Seabees go, but proud of their accomplishments over the last nine years.”

Cambodia has gone further than other Southeast Asian nations in courting China and the shift away from Washington has continued under US President Donald Trump, despite Cambodian Prime Minister Hun Sen’s professed admiration for him, said Reuters.

Relations have been strained by US criticism of a legal change that made it easier for the government to ban political parties and by renewed Cambodian demands for the cancellation of $500 million in debts dating from the war era of the 1970s.

In January, Cambodia suspended joint military exercises that were due to have been held in June. Cambodia said it was because it would be too busy with elections then and rejected any connection to China.

Last year, Beijing held a joint naval drill with Cambodia for the first time. Cambodia’s armed forces have benefited from Chinese training and equipment including jeeps, rocket launchers and helicopters.

One order calls for a study of US trade deficits to identify potential trade abuses and cheating with some of the nation’s largest trading partners.

The second order seeks a more efficient enforcement of anti-dumping laws to keep foreign manufactures from undercutting US companies with cheaper goods.

These are probably seen by China and its allies as a move by the US to emboldened its ‘buy American’ policy and its future banning of Chinese goods flocking to the US.